I will state at the outset that I am both the least qualified person to be addressing you today and in turn perhaps the most qualified.

I am least qualified because I have no formal education. I grew up in the African bush throughout the Rhodesian (Zimbabwean) war, leading to ten years as a refugee in the United Kingdom, stateless, without a passport or any nation recognising me.

I know very little of law or politics in the scholarly sense, and have zero qualification in either profession, however….

I am qualified to address you precisely because I represent the living man, and as such, waive all allegiance to culture or nationality in favour of allegiance to natural justice, pure-truth and the alphabet of the human heart. So I speak to these things today without ambiguity.

It is precisely ‘natural justice’ which must be recognised as the cornerstone of any emergent human social contract today. Any government, institution or system which fails to recognise this foundational tenet will almost certainly bring about their own catastrophic failure in the socio-economic and socio-ecological upheavals already visiting upon us.

So-called ‘terrorism’…….the so-called ‘refugee-crisis’ and so called ‘austerity’ are current indicators of the critical and unpredictable nature of our (end of) times.

Both the colour-of-law and abstract economics are the language of the Devil in our midst….that proverbial snake in the Garden of Eden. It is the language of Babel, professing everything to everyone…..understood by nobody. It is the language of the intercessory, the middle-man, the one who would profit from the very misunderstanding which is promulgated. And in the course of modern history whilst good people of the world were recovering from bloody World Wars, trying to find a dignified balance between sanity and survival….this language of obfuscation became the official language of government, ergo the status-quo.

As I am in the middle of a 12 nation pit-stop tour across Europe I have had time to reflect in the past few days on this status quo, precisely because I have been looking out of a car window at the manifest fruits of that status quo.

I will tell you what I saw:

I saw a 21st century Europe being reduced to a homogenised wasteland….. the net-result of systemic industrialisation of products, of services and of peoples lives. I saw vehicles stuck in traffic queues for miles and miles with not a single smiling face. I saw acres of billboards selling poisonous and unsustainable products to Mothers and Fathers and their children. I saw thousands of long distance trucks conveying shipments to distant lands….thus imploding their local economies. I saw countless multinational banks……insurance companies……real-estate agencies, littering towns and cities. I saw monstrous shopping malls, as big as international airports. It occurred to me that every time I looked at one of those shopping malls I was seeing wholesale government-sponsored demolition of small business folk and their once proud enterprises: shoemakers, greengrocers, cabinet-makers, pharmacists, book-sellers, restauranteurs and hoteliers.

I sensed the broken dreams of thousands of honest family owned businesses annihilated over the past two or three decades by a creeping globalist monoculture which, wittingly and unwittingly, seeks to eradicate family values, community values, societal values and civilisational values. I witnessed all of this rushing past my car window. The bleak legacy of a social economic inferno being wrought upon millions of common people by the European Union and its nefarious raison d’être.

The creeping monoculture I speak about is of course the natural outcome of a civilisation which has on the one hand become drunk on excessive consumerism and is on the other hand traumatised into a false-model of scarcity-economics. Where everybody is living both in excess and a state of fear….reliant on the State to ultimately offer salvation. This of course is not only ironic but farcical. I say this because, with all due respect to this gathering of honourable souls, governments and their organs of executive, legislative and juridical process are themselves become the ultimate fiction. Perfectly embodying that which is inorganic, soulless….that which is bereft of conscience. They are the aggregate of generational kingly and priestly lines, promulgating agendas of control and manipulation. Their critical remit – the control and harvest of human time and energy.

Government is become the de facto enemy of living men and women of the living soil. At least that is what most common people think most of the time, when they are being over-taxed, under-paid and relentlessly penalised by commercial agents masquerading as ‘peace-officers’ and bullied by the petty-tyranny of officialdom.

Where the State should be serving its mandate in the best interests of citizens it all too often does precisely the opposite. It does so by playing into the hands of central banking cartels and vested interests…..and clicking its heels not to the mandate of living-souls but rather to the dictates of monopolising institutions like the European Union, the IMF, the World Health Organisation….and so on.

Every sane citizen knows that in the 21st century the State has unwittingly become servant of transnational and transcultural interests, and is now the mechanistic destroyer of the fabric of their own national traditions and cultural integrity. The Tavistock Institute and Fabian cloisters assured that trajectory generations ago, leading to the contemporaneous efforts of such perfidious institutions as ‘The Open Society’ courtesy of George Soros and his overlords.

The destruction I am referring to emerges in diametric proportion to the State’s capacity to act in derogation and abrogation of civil liberties, human rights, civil rights, natural rights and plain common sense. This brings us to where people of the world have had enough! Where the State assaults the lives of common people with arbitrary statutes and codes infringing all dignity while seeking to commercialise and penalise us at every turn.

Since when did people of the world sanction or vote for government to tell them what they can or cannot eat? How their children should be educated? Whether they or their families should be vaccinated with toxins? Whether or not women may choose to have abortions? When they can choose to retire from work? How they may or may not choose to heal their own ailments…. or what plant they may smoke in the sanctity of their own home.

Law and natural Justice can be summarized in one sentence; perfectly……”cause no harm loss or injury to another living soul and conduct no fraud in your transactions”. So long as a human being conduct themselves according to this simple dictum then there will never be a crime nor will there ever be a victim…. there will only be a perfect and natural social order.

By contrast, in its efforts to control, harvest and monetise humanity -‘government’ has dreamt into existence millions of ‘laws’ which are not laws at all. They are statutory provision, codes or ordinances which have essentially infiltrated the law books at the bidding of unelected officials, and by the assent of turgid bureaucrats.

The immoral stench of this lawless globalist behemoth as it shreds our sensitivities and our sensibilities, is why awakened ‘citizens’ have had enough and no longer wish to play the ‘civilisation’ game. Because they see how unbearably uncivilised our world has become…how brutalised and desensitised it has become. Because no matter how uneducated or unsophisticated they may be, good people of the world still feel it in their common bones when the fabric of human-spirit is being defiled, molested and compromised.

Natural Justice is the only recourse left to a world which is caught up in statutory conflagration and left on the brink of socioeconomic and socioecological meltdown.

Listen to the people, not because they are making loud enough noises…..but because listening to the people and acting therefrom is the very reason you are elected parliamentarians and political representatives. The dispensation of ‘natural justice’ is where the white-noise of our civilisational hum becomes its most noble song. Listen closely and listen well. Because governments that do not do so will be held to task and held to account in the coming days of planetary psycho-cultural upheaval. The game is changing – as is the playing-field. Both will favour living-men and living-women of the living soil over fictitious corporations masquerading as governments.

The International Tribunal for Natural Justice is readying for that call, and we welcome establishing cogent dialogue with all citizens, institutions, governments, and peoples of the world wishing to see restoration of the rule of law and a return to natural justice.

Thank you for the kind invitation to address this august body.

Sacha Stone Creating the NewEarth in… 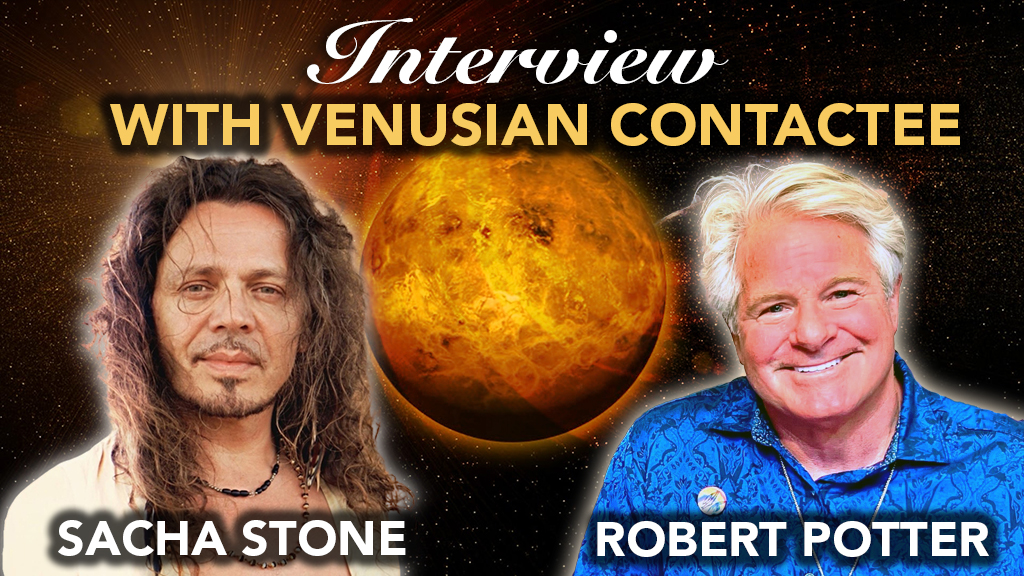 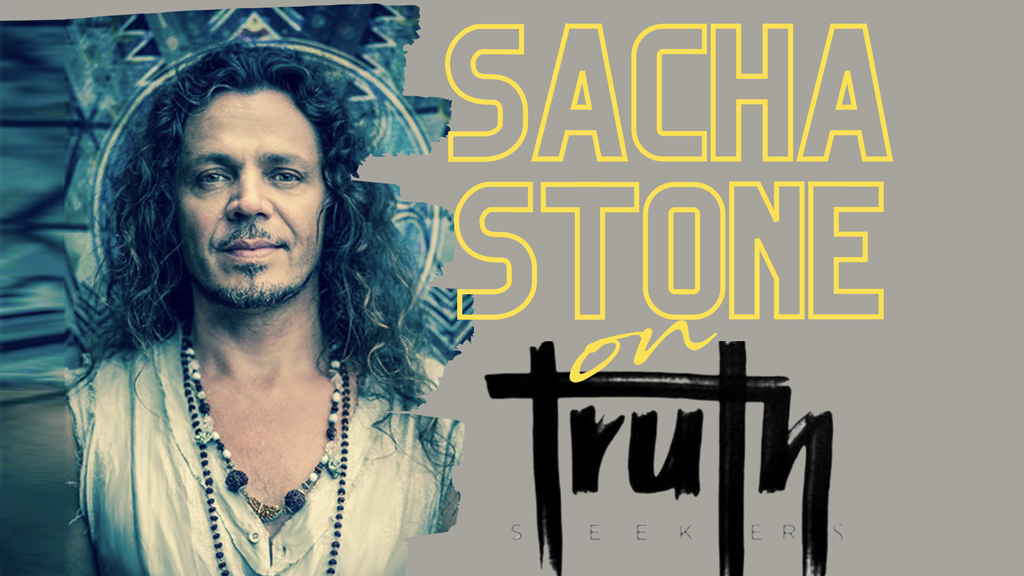