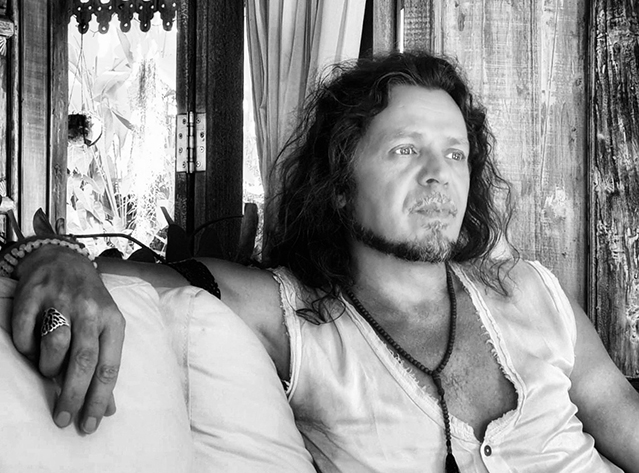 Former rock musician and artist Sacha Stone grew up in Rhodesia-Zimbabwe throughout the war for independence. He established Humanitad in 1999 and has worked across both the NGO and IGO sectors as an outspoken advocate of human rights and natural justice. He has instigated peace initiatives and education programs, lobbied against human-rights abuses in different parts of the globe and continues to prosecute for the protection of vanguard innovators, scientists and doctors.

Sacha founded the New Earth Project an evolving blueprint for sustainable, sovereign and self-determining communities, headquartered out of the world renowned (Akasha) NewEarth Haven in Bali. Sacha is also founder of the ITNJ International Tribunal for Natural Justice, which launched under multilateral observership in June 2015 via a ceremonial seating and ratification ceremony at Westminster Central Hall in London on the 800th anniversary of the signing of Magna Carta. This new planetary court is committed to the dispensation of natural justice: www.humanitad.org 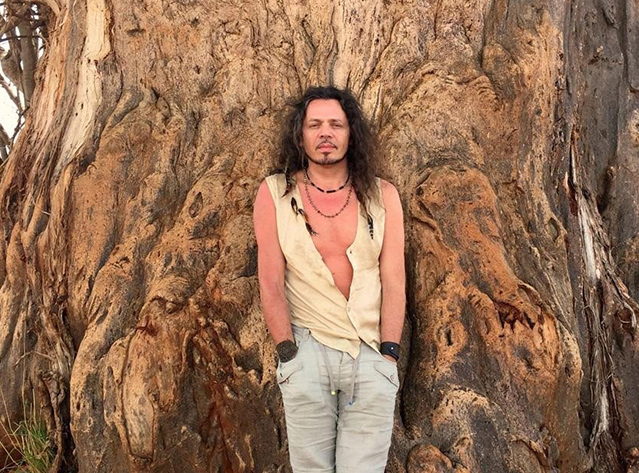 This website has been set up in order to archive certain videos, interviews and articles which I feel remain relevant and reflective of the work I do in service of raising awareness and consciousness. Not in order to light the way for others but in order to self-reflect a journey dedicated to dynamic inquiry.

The following overview describes an intellectual and philosophical orientation, not in any effort to promote or codify it, but to mitigate conjecture by those who (predictably) confuse self-actualisation with luciferianism.

The core focus is catalysing consciousness-in-action and not simply stimulating cognition. Within oneself, and possibly in others by extension. The idea that redemption and salvation (may or may not) happen to us and does not manifest as result of direct spiritual conquest, is a form of surrender and abnegation of duty-of-care that I find unconscionable. Apparently this is why we are so psycho-spiritually crippled as a civilisation – despite thousands of years of religious and moral dogma.

Such dynamic ‘action’ is the necessary trigger to higher expression as precursor to manifesting higher outcome. I do not promulgate any belief system or ideology but prefer to engage so-called ’reality’ with a fluid or ‘quantum’ mindset. Which is to say, remaining anchored in the ‘wisdom of insecurity’ whilst bearing witness to all that is without judgement. Remaining at all times in coherence with natural law.

This method has increasingly demonstrated to me a continued heightening of resonance and flow with atman, which translates into an energised capacity to manifest change in this world as well as carry all necessary protections into any field of engagement. 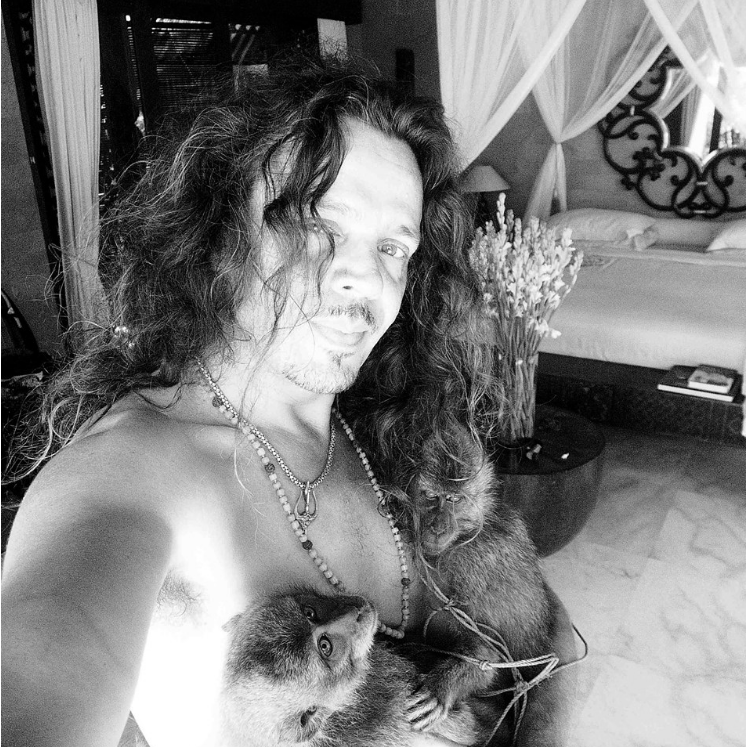 Sovereignty, in the sense that I espouse, has less to do with planting flags in things, as it has to do with a state of be-ing which does not seek permission from anything or anyone outside of actualised-Self. It is an actualised state of be-ing moreover which condemns all efforts by governments or principalities (fictions) to interfere with the sovereign-will of any living soul.

Government is by definition a sophisticated system of coercion and harvest issuing from kingly and priestly lines. The ‘harvest’ occurs by relentless stealth taxation (cannibalising the time and motion of living souls) coupled to the orchestration of spell-binding. This orchestration of fear and scarcity is necessary in order to validate itself – as guardian of the peace, protector of the citizenry, etc.. The spell-binding snakes its way throughout the civilisational wheel via social and cultural engineering, culminating in the harvest of attention and energy (life force) of billions of souls deflected toward false-light constructs, ie: patriotism, nationalism, socialism, democracy, moral dogma etc.. Idolatry.

The ‘coercion’ element takes place by incremental intrusion into the private lives of living souls through statutory rules and regulations which are generally repugnant to living souls but fodder to the profiteering of corporate fictions. Which is why and how we have culminated into a scarcity economics driven planetary society, underscored by war, disease and poverty. The pandemic of toxic consumerism and reality-TV pap is a diametric reflection of collective spiritual poverty and indicates a systemic incapacity to engage pure-truth within actualised Self. Meaning to say owning our own shit and being able to transmute and transcend outwardly focused egoic expression toward inwardly reflecting Self-awareness. Relstionship with oneself. Which is where true morality abides.

I have no personal consideration for what is commonly understood as morality, believing it to be irrelevant unless it coheres to ones own noble (highest) expression. For centuries mankind has been corralled into moral dogma and enclosures, by kings and priests alike. To what end? Morality has been coopted as a system and mechanism for auditing the masses through fear and chastisement. Marriage-vows……sending sons off to die in foreign wars…..genuflecting as we pray to angry G-ds. These orientations do not stimulate or reflect spiritual or moral integrity, but indicate an unhealthy predisposition toward reflexive dogma. Which is self-harm at its most sophisticated. 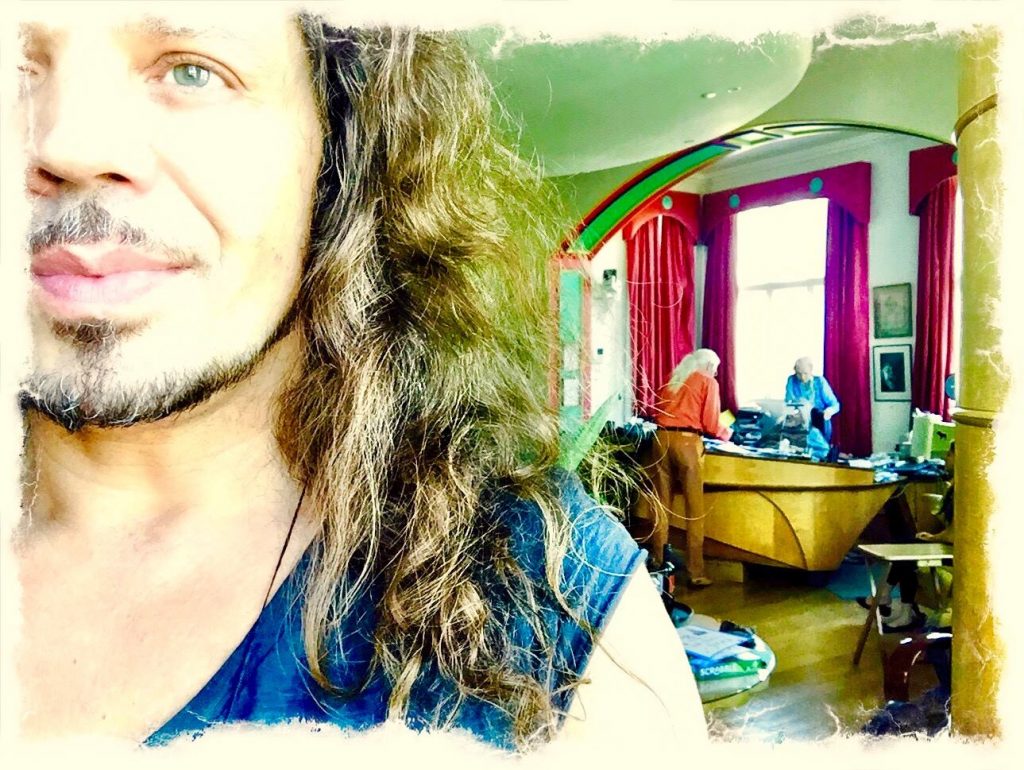 Transmuting religiosity into spirituality therefore is one of the themes which I focus on in reference to ‘zero-point consciousness’. Thisis an attempt to describe a universalist holonomic perspective. One that is not contained within systems or enclosures. Not to be confused with existential nihilism but rather a genuine effort to dis-identify with false-light ideation (projection), whilst still anchoring firmly within sovereign expression and creative expansion. The one does not negate the other. The one indicates coherence to the degrading forces of entropy and decay (spiritual death) and the other a coherence to the electric universal mind (atman) of limitlessness spiritual expansion.

Another theme which I dwell on is ‘dream spell’ and the need for each of us to actualise Self within the psycho-cultural and psycho-spiritual prison of 3D temporal existence. A prison which we have constructed by civilisational (and generational) adherence to false-light (idolatry) and consistent abnegation of true sovereign expression, ie: the dictates of conscience as it flows with natural law.

Where we surrender sovereign expression and fall in line with the status-quo……any status quo…… (by paying taxes into a blood economy or shuffling along to the monstrous dictates of governments and churches) we literally feed our life-force into lower astral elemental clouds. It is this transaction which best describes the true machination of ‘sacrifice of innocents’. The spiritual insight here being that we are the ones who are offering ourselves up to the harvest. In the truest sense, we are never victims or subjected to anything or anyone other than that which we permission (project) into the holonomic fields of reality which we individually steer, and which is mandated by soul-covenant. To own this is to step into the flame of pure-truth. To step into the flame is to actuate. To actuate is to become arbiter of manifest destiny…..in the now. Where Time is no longer the master and past-future are both self-negating principles, the understanding of which leads directly to a capacity to synthesis and then transmute duality into the living principle of prior-unity. Divine nature. The alpha and the omega.

When we choose to suspend wrong-action and place attention (life-force) upon right-action (consciousness in action) we naturally flow into manifest coherence with higher expression. This is not a goal or an objective – but a living principle.